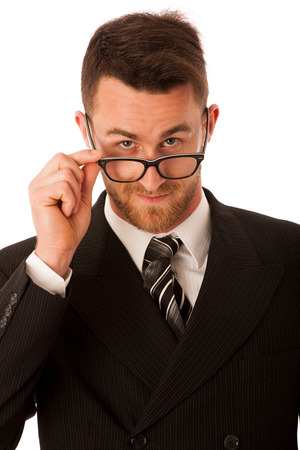 Four irresistible steps on getting his attention

Most people will give you advice like “be nice” and “smile” and “be yourself” to get a guy to like you, but this well-meaning advice couldn’t be further from what actually works. People might fail their whole lives trying to be more of themselves but not really understanding what that means. In the real world, men love a challenge. Not only that, he’s entirely a human. We all tend to only really recognize when someone is doing something differently or those who mess with our precious reality a little.

Make fun of him to get him to like you

Obviously, you don’t want to bag on him about his missing teeth or something he’s really self-conscious about, but everything else is fair game. Things like, “Nice shirt. Does it come in adult sizes?” or “Are you doing that to try to impress me?” are funny and really ramp up the sexual tension. You can even say things that are completely meaningless like, “that’s a sweet hat, Indiana Jones.” What’s it mean? Who cares? But if he questions you on it, keep going with it!

The only secret to teasing a guy is to not do it in front of his friends. If you mock him with his pals around, they might think you are insulting him and he’ll be forced to defend himself. It’s also vital that any teasing is done in a playful way. If you tell him he’s a gross pig with a sour look on your face, it means something completely different than if you’re smiling. Just make sure to keep it funny and you’ll be fine.

Talk to him differently than everyone else

There’s a way you talk to all the other guys in your life and then there’s the way you talk to someone you are trying to seduce. Take on a low, sexy whisper whenever you see him. This is even more effective when used in contrast. For example, when you walk by him and his friends, say hi to them in your normal voice. When you say hi to him, say it suggestively with a lilt in your voice.

This may sound completely obvious… and it is. But sometimes a guy needs to be slapped in the back of his head with your sensuality. When he or his friends realize this switch in temperature when talking to you, he can’t help but notice you and start thinking about you in a different way.

There are so many people in the world, it’s difficult to stand out in a guy’s mind especially if you’re not sure he’s thought of you in that way. So the best way to get a guy to like you is to speak directly to the primitive parts of his brain. Use your femininity to stir those latent desires all men have.

Without even thinking about it, the primal parts in every man’s brain will notice the most feminine woman in any situation. Their genes are pushing them to procreate and femininity is one of the key markers genes recognize immediately. A guy sees feminine as much as he sees classic beauty, but the brain doesn’t immediately differentiate the stark differences between the two.

Think about this: you can compete with the hotties in the room as long as you are the most feminine.

Your clothing, hair and makeup don’t do as much as you hope they will, but as long as the whole package shows effort to look more feminine, he will notice you.

Shy girls rarely get the guys they want. It takes a lot of knowing that you deserve this guy to a have him actually like you. If you don’t like who you are, it shows in the way you go through your life. How can you get a guy to like you when you question whether you deserve him?

Let there be no question in your mind that you were meant for this guy and he is very lucky to get to know you. Believe it or not, it will change every interaction you have with him. Confident people are so hard to say no to (especially if you’re rocking your sexy voice).

Stop listening to advice that tells you to be like everyone else in his life and start making an impression! Learn to get a guy to like you by showing him how special you truly are. When you have all the secrets on how to be irresistible to him, he simply won’t have a choice but to ask you out.