Get a Guy to Ask You Out

Get a Guy to Ask You Out 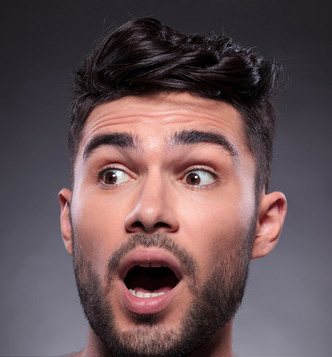 “What’s it gonna take to get this man to ask me out?”

Before we figure out if this cute, but tastefully shy guy will ask you out on a first date, we must first see whether he is interested in you. All signs point to yes? Great! Now we just need to get a guy to ask you out.

There is a lot of subtle persuasion that goes into getting a guy to make the first move. Why? Because a majority of men are afraid to get rejected. Blame it on evolution. We are not too far off from our furry ancestors who lived in small tribes. There weren’t too many women savages to choose from. When a guy made his move, everyone knew about it. And if he got shot down, he lost his chance (often permanently) to further his genes.

Seems ridiculous now that there are several billion people on earth… Guys still deal with this very real fear. Sometimes making that first move seems easier than jumping out of an airplane. Don’t let this get you down and realize it’s not your fault! The reality is that if you have been sending signals and he does not take steps to ask you out, most likely it’s because he’s scared of rejection.

“Are you asking me to go with you?”

Obviously, this is situation dependent. You can’t really go scuba diving with him if you’ve never done it before.

If this one doesn’t work, you have another easy option. Mention something you are going to do soon and excitedly tell him he’d love doing it also. He might try to invite himself along, but if he’s one of the more clueless fellas out there, tell him he needs to come along. This is as low pressure as it gets. You were already on your way so you should go there together. He did not think about logistics or which cologne to wear or who pays what. It’s just a seemingly harmless chance to get to know each other better. If he even likes you a little, he will totally say yes.

Take away the fear of rejection

How can you get past his caveman fear of rejection quickly? Flirt! Flirt flirt Flirt! He needs to know that you are nice and this lowers his chances of being embarrassed. Compliments are great for this. Saying things like “You’re so brilliant” should always be followed with the reason. “You are so adorable how you saved those puppies from a burning building…” More realistically, you can say something like, “I love it when you stick your tongue out when your concentrating.” Make him feel understood and he’ll have no choice but ask you out on a date.

Give him a chance to show you his talents by forcing him to show you. If he mentions playing an instrument or mentioning something he’s proud of, tell him you’d really like to see him do exactly what he just described. When you can make a guy feel useful because of his extensive knowledge of everything, it will spark some of those same happy feelings towards you.

Fear of rejection paralyses so many people in this world. You can help him along by guiding him towards the actions you want from him.

Take an interest in his interests.

Try to work your way into his world by asking him questions about whatever he finds interesting. You can get a guy to ask you out simply by giving him a perfect way to talk to you. You accomplish this by discussing a topic he’s very comfortable with as your cornerstone.

If you know he’s got a hobby or a sport or a pastime that he puts a lot of time into, you can read up about it and ask him a question about it the next time you see him. For example, if he’s an avid golfer you can ask what happens if he can’t find his ball. You might already know the answer to this question, but it gives him a chance to feel like he’s an expert and that really emboldens a man… especially when you want him to ask you out.

The longer you wait around trying to get a guy to ask you out, the worse your chances become. People go all throughout their lives regretting missed connections.  He could worship the ground you walk on, but feel powerless to ask you out for a number very important but meaningless reasons. You will have to make most of the first moves before he actually makes his. Sometimes, you might even have to make ALL the first moves. But as long as you stay flirty and fun and not try to be completely over the top in his face, he will start to notice and he will work up the courage.

My question is this: Wouldn’t it be better to just be the girl that everyone wants to ask out? Maybe you need a secret weapon… Maybe you need to know how to be irresistible to men. You might never need to wonder how to get a guy to ask you out again!